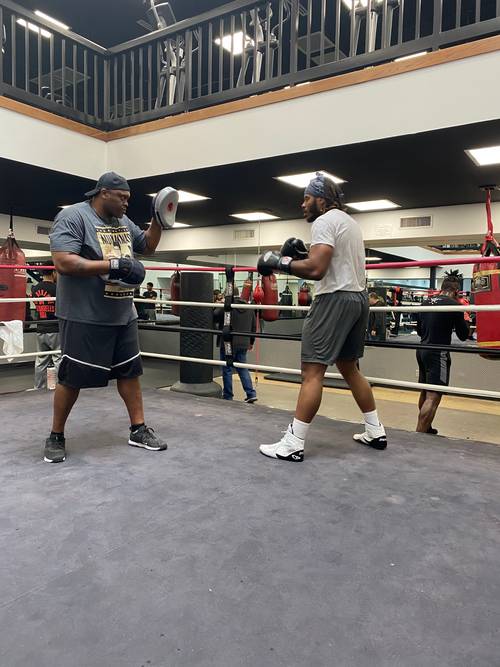 31 year old Scott Alexander got his first taste of boxing at All American
Heavyweights which was a program to find America’s next great heavyweight set
up by billionaire businessman Michael King. King had the idea of plucking
athletes from other genres and in essence turn them into a boxer. The program
produced an Olympian and a World Champion; many others affiliated with the
program have gone on to have successful careers.

With no amateur background, the towering 6’ 3” 230lbs Alexander showed great
natural ability and explosive punching power, entered the pro’s in 2009 going on
to win his first 5 fights. Suffering only 4 career losses Alexander is always ready
to take on any challenger.

Alexander has often lauded boxing for saving his life. Alexander moved around a
lot not knowing what his next move would be, the once homeless former football
player jumped at the opportunity to become part of King’s program.

The program ended due to the untimely death of Michael King.

Alexander would again have a chance encounter than would take his life and
career to the next level meeting LA businessman, Ken Sheer, who was in the
early stages of forming a sports management team. He was the first boxer to join
Sheer Sports Management. And his life and career took a major turn for the
better.
Alexander has a wife and 3 young children and calls Wisconsin home.